After several months of creating templates for sale, I’ve found out that I hardly enjoy the activity.

The coding part of the deal is cool.

Even the designing part of the deal is cool, although pretty hard for a non-pro designer.

But I don’t enjoy the thought that I must create, maintain, support and market dozens of them if I want my new business to become profitable. And I have to start almost from scratch with every new template.

I didn’t quit my 9-18 job to work 9-22 miserably, so I’ve decided to “pivot” in a new direction. It won’t be easier, but it definitely will be more rewarding.

If hundreds of devs can use one front-end template, many more users can use one successful app. It can be much more profitable with much less effort.

Making apps was always part of my plans.

But coming up with a good idea is hard, and I thought (naively) that selling templates is a “low hanging fruit” that I can depend on until I brainstorm something worthy.

It turns out it’s just a distraction (in my case).

The good news is I came up with many promising ideas.

The one I’m starting with is called “BuhalBu’s Kit,” and it’s like the services named GTMetrix and Pingdom, but it will be mostly free and/or ridiculously cheap compared to the established solutions.

Plus, it will offer several cool enhancements that will differentiate it even more from everything else on the market.

I will build it primarily for myself.

It’s something I could often use, so it will be a mini success even if it doesn’t sell well.

Otherwise, it will be helpful for bloggers, web admins, SEO specialists, and web developers. I haven’t decided which of them will be my primary customers yet.

BuhalBu’s Kit is a “build in public” project.

That means I will frequently share what I’m doing, how it’s going, and what the progress is.

To build in public is a trendy way to document your path and spread the word, so that’s another thing I’m excited about. As a blogger, I really like to experiment with new styles, topics, and writing stuff.

I plan to share many “behind the scene” details that will become more and more interesting as the project evolves, so stay tuned. 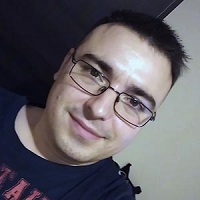 Sashe VuchkovFull-stack developer at BuhalBu.comSashe Vuchkov is a full-stack developer and blogger with a strong interest in digital marketing. He loves to code and write. And you can often hear from him that “making software is creative writing on a higher plane. If I were immortal, I would still spend most of the time mastering all possible genres, formats, and types of writing.”